We said farewell to Justine last week as she moved on to an exciting new adventure. Justine left us with a fabulous parting gift: her take on What do emojis mean?.

Thank you Justine for bringing

What do emojis mean?

Did you know that this emoji ‘Face with Tears of Joy’ was named word of the year by Oxford Dictionary in 2015?

I did not know this, nor did I know that its text translated meaning was “Face with Tears of Joy’. I thought it was crying with laughter.

However, my interpretation and its official interpretation are different in themselves. Makes you wonder how people interpret the emoji messages we send them! Are they intended to be funny or cruel, helpful or sarcastic?

I hadn’t really thought much about the exact meanings of the emojis when I began using them. I have always used them in a fun, light-hearted and creative way.

For example, can anyone guess what this translation could mean?? I promise it was all good! But I can see perhaps it could have been interpreted the wrong way… 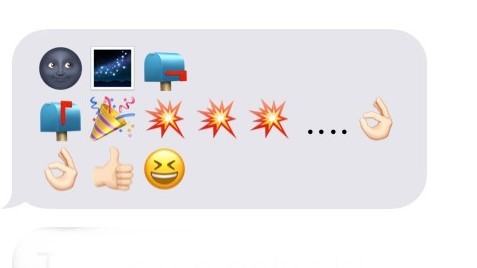 In the message above it may appear that I possibly blew up someones mailbox in the nighttime!

Rest assured, I didn't. I merely decorated it full of festive joy and Christmas cheer!

Or, perhaps you have done your shopping list this way? 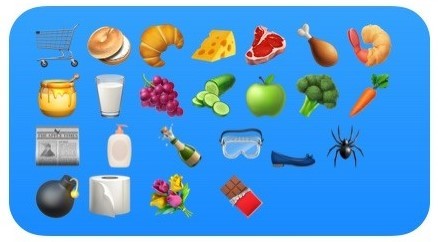 I could even give you a brief history of where the emoji came from: 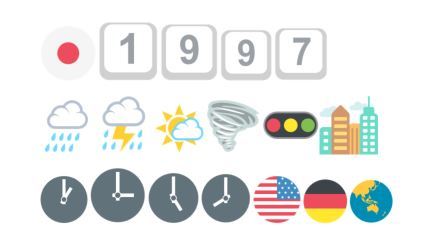 But would anyway care and would anyone be able to understand my interpretation of its history?

Emojis have developed significantly since their beginning. Initially aiding traffic and weather communication in Japan to eventually growing worldwide and making cultural impact. This has been achieved by the adaption and inclusiveness of cultural differences. For example the introduction of skin colour option emojis and the introduction of the family emoji with same sex adults.

Then there's all the technical material that lives behind how an emoji is built, created, made, joined, coded or blocked. However, I simply like the idea that it creates an opportunity for the sender to use their creativity when choosing to include them in a message.

My messages almost always include my favourite emojis:

Two of my favourites also happen to be in the top three most used emojis. Can you guess which ones?

Just goes to show love and happiness makes the world go around!

one small message at a time!

Oh, and according to emojiepedia - love heart eyes

are the top three most used emojis.

If you need help with your social media let us know. We'd love to help you.